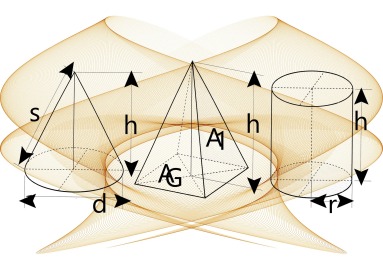 This project investigates how mathematics impacts metaphysical realism-antirealism debates. Its goal is to develop a systematic account of the potentials and limits of using mathematics as a model for other a priori domains, thus responding to the rapidly increasing literature exploiting structural parallels between mathematics and domains like ethics, metaphysics, and religion.

While early Mesopotamian and Egyptian mathematics developed in response to the practical needs of settled civilizations, such as taxation, the measurement of plots of land, or the calculation of lunar calendars, philosophers soon assigned mathematics the additional role of paradigm for human reasoning and knowledge. Plato, for example, considered mathematics the highest form of knowledge, sharply distinguished from our uncertain beliefs about the empirical world. He thought that mathematical knowledge consists in knowledge of eternal ‘Forms’, perfect ideas that constitute ultimate reality, and he considered proficiency in mathematics essential for the acquisition of any knowledge at all. Similarly, Galilei saw mathematics as the ‘language of the Book of Nature’, Kant argued that mathematics provides essential insights into an entire class of human judgements, Cantor considered a particular class of transfinite numbers as a manifestation of God… In short: the idea that mathematics holds the key for understanding the fundamental structures of reality has, in different ways, dominated philosophy for centuries.

However, when philosophers and empirical scientists talk about reality, they do not necessarily have the same things in mind. Empirical scientists use mathematics to measure, test, and make predictions about the concrete parts of reality, for example physical objects and properties, and the contingent laws that govern their interactions. Philosophers, on the other hand, are often more interested in the abstract realms of reality, that is, domains featuring objects and properties without spatio-temporal location, whose interrelations hold of necessity, and the truths about which can be known a priori. Prime examples of such a priori domains are mathematics, ethics, metaphysics, and religion. Generally speaking, what interests philosophers about a priori domains is to what extent they resemble concrete reality. For example, do the entities they describe—e.g. numbers, possible worlds, or values—exist, and if so, in which sense of ‘existence’? What does it mean to say that statements about those entities are ‘objectively’ true? How can we acquire knowledge about them, given that they are non-spatiotemporal and hence, causally inert?

In current ontological, semantic, and epistemic debates that address these questions, mathematics frequently functions as a model for other a priori domains. Metaethicists in particular have started to use local structural parallels between mathematics and morality in order to corroborate particular metaethical views, but mathematics has also been argued to share relevant features with the domains of logic, modality, and religion. The mathematical analogies employed in those arguments share a common form: a local analogy between mathematics and another domain is identified, from which a global conclusion is drawn about one or both of the domains. What is completely missing in these debates, however, is a discussion of

The goal of this project is to answer these questions in order to gain a more thorough understanding of the evidential role mathematics has played for philosophers for centuries.